I’d like to extend this formal introduction to Executive Breakthroughs — where I’ll bring the leading executives, entrepreneurs, experts, venture capitalists, angel investors and industry titans to dig into maximizing your leadership potential and mastering key skills and mindsets for top performers and rising stars.

Check out the introduction podcasts and toolbox editions (where I teach you specific skills and how to master your psychology) to get a better feel for what I’m all about and how I approach leadership and business mastery. Welcome!

PS: Please click here to subscribe, rate and review the podcast. It really makes a huge difference!!! (It’s fine to leave one sentence honest review and takes one minute to do it all. Thank you in advance.)

“You have to learn the rules of the game. And then you have to play better than anyone else.” -Albert Einstein

“The surest way to achieve success is to model someone who is already successful. If you don’t have good models, find someone who is the best in your chosen field and emulate them. You don’t need to reinvent the wheel – simply learn from the best.” -Tony Robbins

Today we are becoming overwhelmed with the need for instant reward, immediate verification that we are significant. It’s a misguided attempt to satiate our hunger for meaning and belonging. Because we are propelling ourselves toward an emptiness that can only be filled by a constant need for temporary pleasures and distractions.

Our need to belong, understand, explore, connect to others and the world around us, lead, and express and create are foundational to the human experience.

Mastery is a journey — It’s a curious and wonderful trail — that has few, if any, guides. It’s much more than the pursuit of expert performance. It’s far deeper than high performance and the achievement of success.

In each episode you’ll learn from the most visionary, transformative and standout (and their missteps). You’ll learn how to apply the information with “game changing” tools to help you:

Why do people get stuck in the first place?

We have survival patterns and they can really hold us back because they can end up being our blind spots. Back in the “cave man” days our survival patterns actually helped us survive and stay alive. But now most of our fears are not about whether we’d be alive or dead. Now they’re fears that are irrational and they stop us from doing something like talking to a person across the room, starting our own business, leading and managing others, or speaking up at a meeting at work.

We need to turn our survival patterns into patterns of purpose. Patterns that fuel us and allow us to live our dreams. The challenge for people is to how to go about doing that, it may sound simple but it’s not easy.

It’s about going into the root of what’s holding them back starting with behavior, stories, emotions, limiting beliefs, and modeling from childhood.

Share a specific example of someone’s programming holding them back

I was doing a sales training for top producers and a woman wanted to improve. I asked her what stories were holding her back. Her story was that people didn’t like to speak or engage with her on the phone.

I asked what negative emotion come up when she’s in that situation. She said she felt guilt and shame. I asked her what’s the limiting belief she had around this. And she confided that she felt not good enough or a good person.

I asked her to look into her childhood. It turns out that her grandmother and mother would make fun of her voice. And she got pretty emotional as I brought up all of these things.

I then said here’s how you can turn this all around in less than 2 minutes.

Every client and prospect you have, I want you to tell them that the number one reason why you’re in sales is to get past exactly what you told me. That you’ve been made fun of your voice your whole life.

After that her career took off. She made more money in the next six months than anyone else in the entire team.

She was set free.

1. Look at the behavior you want to change

For example New year’s resolutions and going to the gym. If you look to change at the behavioral level that fails very fast because you’re trying to use brute force change.

Remember your best thinking got you where you are today.

Trying to think yourself into going to work out seldom works.

2. Look at the story you want to change (about the external world around you)

Look at the story you’re telling yourself why you can’t change.

All of your stories are made up (and many of them are “conspiracy” theories.

The “little voice” inside you is telling you that can’t do it and looks for any evidence to convince you.

Most people get caught in the behavior and story loop their whole lives.

3. Dive into the deeper level of the emotional level

Emotions are key and the gateway to change.

Through vulnerability we show our true selves to people. It allows us to be authentic.

But we live in a world where we don’t want to feel any negative emotions.

What you resist you persist and the same goes with emotions.

Ask yourself: When you think about going to the gym what negative emotions pop up, what are you feeling in your body?

You need to get at the core of what’s happening.
Why is that emotion coming up? Ask yourself why.

You need to start to rumble with all the emotions and stories that show up.

4. Below the emotional level are the limiting beliefs that you have.

But all stories and limiting beliefs are made up.

5. Modeling from our childhood

The final level is our biggest stumbling blocks typically happen before the age of 7 or 10.

We model the behavior of our parents, by learning, modeling and accepting.

Now you have to reverse engineer the process

The thing that’s always holding you back is you and you have to figure it out.

What if it’s immediately obvious?
Usually it will come out eventually. I’ve never not have it happen.
Some limiting belief will come and ask yourself when was the first time you remember that emotion coming out? And you unpack that moment and reverse engineer that out.

Realize that you’re not a broken person. But understand that it’s just a pattern going on in their life that started as a child. But you can change that pattern.

1% movement of change can have immense change in your life.

Your Purpose is Really An Emotion (Episode 0, Part 4)

“Life purpose” is a pretty common phrase these days, but I have a different spin on the subject. Instead of focusing on specific tasks, projects, career paths, etc, I emphasize the importance of generating the emotions that are the most important to you and that will bring you happiness on a daily basis.

I also share with you a quick and transformative exercise you can. We look at the happiest moments in your life, draws out the most meaningful emotions and then helps you understand how to apply it in your life.

It’s quick, easy and you can implement it immediately. My clients have built millions of relationships using this process.

On your phone? Click here to write us an iTunes review and help us reach and help more people! 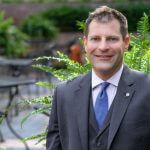 Jason Treu is an executive coach. He has "in the trenches experience" helping build a billion dollar company and working with many Fortune 100 companies. He's worked alongside well-known CEOs such as Steve Jobs, Mark Hurd (at HP), Mark Cuban, and many others. Through his coaching, his clients have met industry titans such as Tim Cook, Bill Gates, Richard Branson, Peter Diamandis, Chris Anderson, and many others. He's also helped his clients create more than $1 billion dollars in wealth over the past three years and secure seats on influential boards such as TED and xPrize. His bestselling book, Social Wealth, the how-to-guide on building extraordinary business relationships that influence others, has sold more than 45,000 copies. He's been a featured guest on 500+ podcasts, radio and TV shows. Jason has his law degree and masters in communications from Syracuse University

Want to Improve Your Team's Performance?