Keynote Speech on the Secrets to Building the Highest Performing Teams

What’s the best team you’ve ever been on? The team that was the most cohesive, cooperative, deeply connected, and productive. Maybe it was a job, a sports team, club, startup, an event you were apart of, etc.

How did it feel to be connected to something bigger, to sort of lose yourself in that moment?

That feeling you just thought of is…THE…most…powerful…business…asset…on…earth. It’s what separates the top 1% from all the rest.

Leaders struggle and stay awake at night trying to figure out how to create that feeling and conditions for others to thrive.

Unfortunately, many leaders believe that creating this is like your DNA – you either have it or not. It’s not luck nor an accident.

Business leaders can learn how to “dial in” to the right behaviors and environment to put every person in a peak state of performance and innovation.

You’ll learn how to create and operationalize this in a team and across an organization. We’ll also play my game, Cards Against Mundanity, so you can experience why it will work. More than 5000+ people are using these strategies and processes including organizations such as Amazon, Microsoft, Oracle, Google, Worldwide Express, PRSA, E&Y and many others.

Attending this event is free.

This event is for Network Bar members and their guests only. Even with an RSVP ticket, you must be a member or a guest of a member to enter The Network Bar.

Jason Treu is an executive coach. He works with executives, managers and their teams on maximizing their leadership potential and performance.

Jason has “in the trenches experience” helping build a billion dollar company. He’s worked alongside well-known CEOs such as Steve Jobs, Mark Hurd (at HP), Mark Cuban, Reed Hastings (Netflix) and many others.
Through his coaching, his clients have met industry influencers such as Tim Cook, Bill Gates, Richard Branson, Peter Diamandis, Chris Anderson, and many others. He’s also helped his clients create more than $1 billion dollars in wealth over the past three years and secure seats on influential boards such as TEDx and xPrize.
His bestselling book, Social Wealth, the how-to-guide on building extraordinary business relationships, has sold more than 45,000 copies. He was a featured speaker at TEDxWilmington 2017, where he debuted his breakthrough team building game, Cards Against Mundanity. He’s been a guest expert on 500+ podcasts, radio and TV shows.
Jason has his law degree and master’s in communications from Syracuse University.

The Network Bar’s has a business professional dress code policy. We ask members to please relay this information to their guests. If the dress code is not followed, members or guests may be declined access.

END_OF_DOCUMENT_TOKEN_TO_BE_REPLACED

Explainer white-board video for my corporate team building workshop and game, Cards Against Mundanity. More 5000+ people have played including organizations such as Amazon, Google, Worldwide Express, Microsoft, Oracle, PRSA, Chambers of Commerces, and many others. Clients see 20%+ increase in trust, team closeness & engagement in 90 minutes. That translates into double-digit increases in their key metrics. You’ll see your team performance skyrocket immediately after the workshop.

“Getting to work with Jason was a game-changer. I thought my team was close before playing Jason’s Cards Against Mundanity, but seeing how much they bonded during the hour we spent playing was amazing. I cannot stress enough – ANY relationship will be strengthened by playing this game. I’ve played with family members, friends and coworkers in other departments and the results speak for themselves. Beyond that, Jason has continued to offer his insights & suggestions on how I can better navigate difficult situations in the workplace. I’m a better leader with a higher functioning team after my time with Jason.”

“The workshop and game were excellent: the team was very appreciative of the event, and it kept coming up as one of the best experiences they’ve ever had. As a manager, that was great to hear. Throughout the following two days, we hosted some guests from other groups, and we asked them to answer random cards in front of the audience: some of their answers were surprisingly deep and instantly helped to establish trust between them and our teams.”

Get the game [free] cardsagainstmundanity.com

Inquire about the workshop: jasontreu.com/team-building-workshop 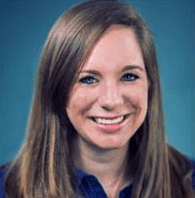 Getting to work with Jason was a game-changer. I thought my team was close before playing Jason’s Cards Against Mundanity, but seeing how much they bonded during the hour we spent playing was amazing. I cannot stress enough – ANY relationship will be strengthened by playing this game. I’ve played with family members, friends and coworkers in other departments and the results speak for themselves. Beyond that, Jason has continued to offer his insights & suggestions on how I can better navigate difficult situations in the workplace. I’m a better leader with a higher functioning team after my time with Jason.

Maximize the potential and performance of your team by learning how to build a high-performing team straight from executive coach and best-selling author @jasontreu. Don’t miss this amazing episode on #leadership on Stop Riding the Pine. It’s his 2nd time on the podcast.

According to the Small Business Administration (SBA), about 33 percent of all businesses will fail during their first two years. This is why it’s important that business owners are guided by principles to reach company goals every day. We asked the experts to share the business philosophy they live by that helps them stay focused as decision makers.

Here are the top 30 best business philosophies from the pros.

‘Your level of self-awareness is the number one predictor of your business success.’

Only 10 percent to 15 percent of leaders are self-aware, but 95 percent believe that they are. If you don’t understand your blind spots, patterns, emotions and how those affect others, you’ll make many mistakes, lose clients and have poor employee retention. Self-aware leaders deal with conflict much better and enter into difficult conversations on a regular basis. They let their ego cloud their decisions much less often. They seek to understand first by listening vs. trying to tell others why they are right. Self-aware leaders are vulnerable, and they share with others, which builds deep relationships much quicker.

Here is one I really liked:

3. ‘The single biggest problem in communication is the illusion that it took place.’ — George Bernard Shaw

Every month, Dr. JP Pawliw-Fry surveys more than 30,000 people in the workplace through the Kellogg School of Management’s Executive Education program to narrow in on the traits and qualities that differentiate the top from the poor performers. He found the best leaders never avoid the hard part of a conversation. Most of us will omit the last 8 percent of a difficult discussion, assuming the other person understood what was implied. This creates tension and frustration when nothing changes since the two didn’t fully understand each other. For everyone to work at maximum efficiency, it’s crucial to finish up that last 8 percent of the tough conversations.