Vulnerability is the birthplace of innovation creativity and change 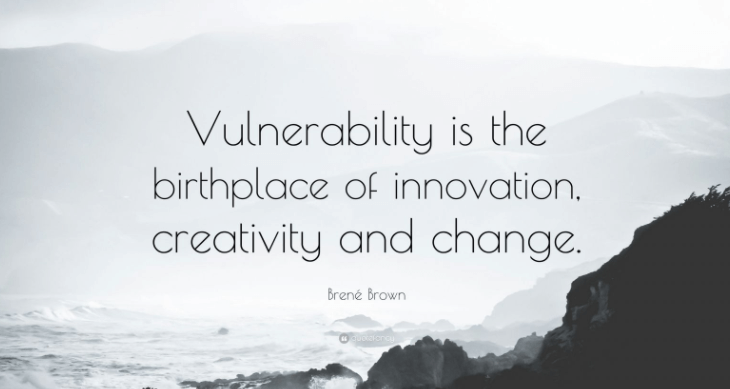 “Vulnerability is the birthplace of innovation creativity and change” – Brene Brown

Great quote for any organizational leader. It all starts there!

Narcissism and world class achievement have an interesting relationship and when we think of those who excel on the world stage. It’s really easy to conjure up a story that they have a rich and deep inner belief that they can be the absolute best in the world.

Many very successful people don’t have that complete self-absorbed away of believing that they are the only or the absolute best in their craft as a matter of fact, most folks that we’ve spoken to have revealed a deep sense of humility and so, it’s for those that hold that belief that the world revolves around me because I am that important and that special is when my intent to start to attuned to the concept of narcissism

Narcissism is not that complicated but there are some diagnostic stuff that psychologists run through but it’s excessive self-centered vanity and the lack of regard for others that are some of the hallmarks of Narcissism and we all can be a bit self-absorbed or needy and have some vanity to us and we can display narcissistic behavior from time to time but that’s not what this is about,

Narcissism is the name for the Greek myth of Narcissus. He was a Hunter who when he saw his own reflection in water, he fell in love with it and he didn’t realize it was a reflection and so he stared at it literally in untill he died.

The way that I like to simplify this concept of Narcissism is that the person can’t tell the difference between himself and everyone around him or her. Everyone becomes a reflection of him or her, and it  gives them the right to use other people as extensions of their own self-worth

Narcissism only becomes a problem to the person when the consequences become realized.

#1 way to increase team performance is by creating psychological safety.

#1 way to increase team performance is by creating psychological safety. Google spent 3yrs figuring this out. Use it as your competitive advantage.