Why Caring is Key to Building Trust in Teams

Charles Feltman did some groundbreaking work on creating trust. He found that the most important factor in building trust is caring. Caring is key to building high-levels of trust in teams and organizations. It has to be embedded into the DNA of a team and organization.

When someone truly cares about another person, trust can be created in even in absence of other three key factors (sincerity, reliability, and competence).

You’ve known people that care about you and have your back. Perhaps they do things like showing up late all the time, may have told a lie here or there, may not be the most competent person, etc. You still keep them in your life because you know they care.

But it doesn’t work the same for any other three individual factors. For example, if someone is competent, but they don’t care about you, and they aren’t sincere and reliable, we don’t trust them.

Action: If you buy into the philosophy that your business and personal life is completely separate at work, you will eventually fall on hard times. Not only won’t you be able to create psychological safety, people won’t put themselves on the line for you. The requirement is to go all in and care about others.

PS: If you want to rocket “trust” in your organization check out my team building workshop.

Want to increase trust, engagement and closeness by 20%+ in your team & organization? My team performance workshop does that in under two hours, and that would take years of effort to do. You’ll see productivity, problem-solving and collaboration increases the next day.

5000+ people have gone through it so far, including organizations such as Amazon, Google, Microsoft, Oracle, PRSA, Chambers of Commerce, and many more.

“Jason did a great job of not only giving me the nudge I needed to explore a team workshop but he also did a fantastic job of organizing and running it! The workshop was very beneficial and our leaders immediately felt the impact it had on the team as a whole. Whether you have a high or low performing team I would highly recommend Jason’s workshops as a great tool to improve the team’s performance.”

Won my first highly competitive bid for my team building (and best practices for managers) workshop. Had to present against three national companies (Ken Blanchard, Franklin Covey, Dale Carnegie) and two other large gurus w/ staffs of 50+ people. I was the only solopreneur. I didn’t think I had a shot in hell, but I guess sometimes you never know.

Self-Awareness is the #1 Predictor for Career Success or Failure 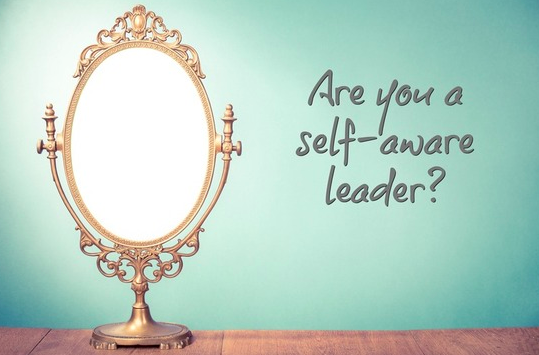 Self-awareness is the #1 predictor of your career, managerial and leadership success. It’s also the #1 reason people derail their career. Here are four questions will help you on that journey.

Why does self-awareness matter so much?

Your thoughts, behaviors, emotions, and the impact they have on others will dictate how others view you, interact with you, and support you.

Only 10% to 15% of people are self-aware, but 95% believe that they are. Most people are living in a delusion and they can’t see the reality the situation.

Here are two examples to highlight this point on self-awareness:

Do you see why this matters? Can you think of an example in your organization where self-awareness is an issue?

I tell my clients all the time they are like Oprah. They can see all the problems around them and have solutions. But they can’t get see the problems in their own lives.

I’m sure you have had a friend, family member and/or colleague come to you for advice. You give them that advice and then they make the same mistake again. You clearly see this pattern and point it out again to them. But they make the same mistake again. They don’t get it. I’m sure that gets you frustrated because you want to help them because you care.

Well, the same thing happens to you too. It’s because our brain is wired for survival and not happiness. It’s wired to keep us safe, and doesn’t allow us to see everything that is going on around us. We would get completely overwhelmed and it would affect our survival.

That’s why it’s easier to coach other people than it is yourself.

Before you start the questions, I want you to write down the answers to the following two questions:

Here are four questions to answer to raise your self-awareness:

What breakthroughs or realizations did you have? Have you connected anything you’ve learned to your current career challenges?

PS: I’ve developed a breakthrough process to help individuals and groups maximize their self-awareness. I utilize in coaching and a workshop. Contact me for details.

Hands down clients tell this process is business- and life-changing for them.

Do You Have Your Employees Back?

The most significant accelerant to someone’s success is knowing that you have their back. Building a foundation that maximizes team and organizational success is absolutely critical, but it’s what organizations do the poorest job of and spend the least time doing. It’s the equivalent of building a house on sand.

You must operationalize and institutionalize deep levels of caring, trust and psychological safety if you want to create the highest team performance, the top 1%.

The key questions are:

PS: Interested in taking your leadership, management, and team performance to the highest levels? Check out my coaching and workshops services.