Eliminate Your Self Limiting Beliefs

When you do what most other people do, you will have what most other people have. Most people are miserable and unhappy, and their lives don’t work. They live in a world where they are lost and without hope. So just understand that that is where that information is coming from. Those limitations are learned and we create certainty around it, so we can’t be wrong.

The only place that the reality of that exists is in the conversations we have about it and in our agreement that’s how it is. Other than that, it’s open to change. In other words, if you are telling yourself that you have money, often times you say a thousand dollars or ten thousand dollars. Ten thousand is just as easy to have as one thousand is, if you believe that it is. It’s only based on your belief that it would be harder, and you’ve been told that it’s harder. You’ve programmed your mind to work that way. It’s coming from society and people trapped inside their own perceived limitations. And so, it’s just as easy, and in fact can be easier, based on your beliefs, to aim higher.

Nicole Antoinette discussed how she wanted to get over her fear of public speaking. She could have started small and spoke to a group of 10 people, and then 20 people, and so on. But she decided to speak in front of 1,000 people first! Why waste your time and build up over time when you can just do it now.

Check out my podcast, Executive Breakthroughs, where successful people show you how they got past their limiting beliefs to create amazing success stories and change the lives of millions of people.

Today, we will be discussing the “Best Places to Go to Build a Powerful and Influential Network.” This post will especially be helpful for introverts to navigate networking.

END_OF_DOCUMENT_TOKEN_TO_BE_REPLACED

Attend Jason Treu Self Development Course to gain the success

Jason Treu self-development course generates a passion in you to work hard and follow the innovative strategies. He offers different coaching programs to create the spiritual power in you. Individual, group coaching, and on-site workshop are the sessions organized by Jason Treu. Businessman or an individual can take the benefit from these courses to manage the key points of their organization.

You can make your bond stronger through Jason Treu relationship building formula. He gives you the true guidelines how to value your relations and need to invest in them for happy future. Based on relationship status he wrote the very famous book which is called as social wealth, how to create an extraordinary relationship in personal and professional life. 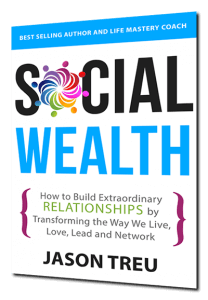 To improve business performance at least once you should go through the Jason Treu podcast episodes. You can listen simple audio of his podcast. Through this, managers, executives, and entrepreneurs are self-motivated to create their unique identity in the market. His plans will help you to win the challenge. Podcast makes you a better leader, investor, and problem-solver.